Belo Medical Group/Blog/Shocking Common Skin Flaws You Might Not Know You Already Have!

Shocking Common Skin Flaws You Might Not Know You Already Have! 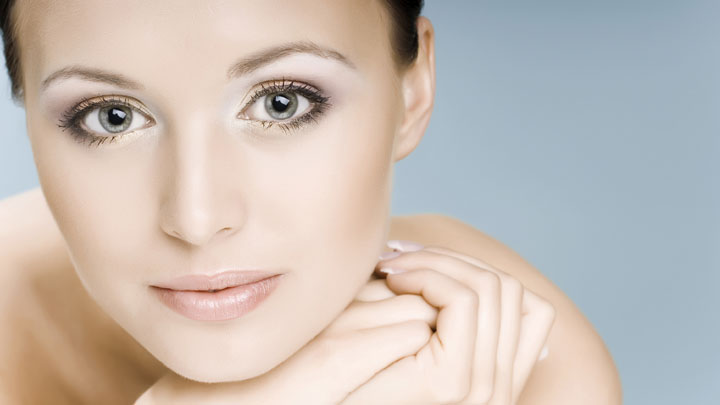 We all know that it takes a lot of effort to maintain a youthful, healthy, and beautiful skin. Many factors such as constant sun exposure, aging, genetics, and environmental elements can take a toll on your skin’s appearance. Eventually, over time, facial skin problems may occur—and some of these we don’t even know we already have!

Read on to know more about these common skin flaws so that the next time you see one, you know how to treat it!

You may not realize it but those small, rough bumps on your skin may be warts. Warts are benign skin lesions caused by human papillomavirus (HPV). A kind of wart called Verruca plana or flat warts on the face are commonly seen on adults and pregnant or women who just gave birth. Sharing makeup brushes, besos on the cheeks or any direct contact with a person who has warts can possibly transmit the virus to you. Although most warts go away on their own within months or years, there are people whose self-confidence are deeply affected by these unsightly appearances. If you’re bothered with persistent warts, they can be removed by different methods, including scraping, freezing, electro cauterization, and carbon dioxide (C02) laser. Laser removal is the most precise method and may be associated with a lower recurrence rate than other methods.

Do you have those small and hard white, yellowish or skin-colored bumps under your eyes? You may think they’re just acne or whiteheads, but they could be syringomas! It’s not infectious as warts, but it’s a benign (non-cancerous) skin lesion that usually appears on women during puberty or adult life. The hard, round bump of about one to three millimeter in diameter forms because the sweat gland duct becomes enlarged and clogged by extra cells. They are commonly found around the eyes, but other body areas can also be affected. Some syringomas are hereditary but their cause is not really understood. Therefore, they cannot be prevented. But the good thing is that they can be removed! Previously reported treatments for syringomas include excision, electrodessication and curettage, dermabrasion, and carbon dioxide (C02) laser resurfacing. The ideal treatment of syringomas should be destruction of the skin lesion with minimal scarring and no recurrence. The C02 laser is a dependable and safe treatment, but it’s not guaranteed to be completely scar-free, yet it has the least tendency to scar compared with other methods.

Another problem commonly found on the face that’s characterized by small, raised bump on the skin is called milia. It’s a pearly white or yellowish solid cyst of about 1-2 mm in size and is filled with a protein called keratin. They grow when dead skin cells get trapped under the skin’s surface. Newborn infants can even develop this, but it may also build up later on in your childhood or adolescence. They can occur anywhere on the body, but are most often seen around the eyes, eyelids, cheeks, nose, forehead, and chest. These annoying but seemingly benign bumps tend to disappear quickly and spontaneously, but some may experience it longer—a few weeks, months or even years! They are often mistaken as pimples, but the difference is that when you squeeze milia they are firm and placed under the skin’s surface. If you have milia, it’s important to remember not to scrape, squeeze or try to physically remove it on your own as this could eventually lead to scarring! Yikes! It’s undeniable that scar will last longer than any milia bump so seeing your dermatologist is your best option!

Now that you’ve examined closely your face, time to put the mirror down. If you have any of the three skin conditions, don’t lose hope because although achieving a flawless face seems impossible, it can still be done! The first step would be to go to a reputable cosmetic dermatologist that has the advanced training and expertise necessary to effectively treat skin problems. They can perform Carbon Dioxide (C02) laser procedure which removes unwanted lesions without causing thermal damage to the surrounding skin. Belo has a cutting-edge technology called AcuPulse. It’s a safe and effective C02 laser machine for all aesthetic resurfacing needs, as it uses minimal heat in precise, short pulse duration. So that means patients have a more comfortable experience since there’s less thermal damage, thus minimizing the risk of side effects (such as scarring). Most patients are very satisfied with the noticeable result. They also experience less pain, less bleeding, less swelling, and quicker recovery time.

For other skin flaws and concerns, you may need to consult a dermatologist for proper assessment. You can book an appointment here or email info@belomed.com for more details.