5 Books to Read to Start the New Year Right

By Chandra Pepino For Belo Medical Group on January 2, 2021 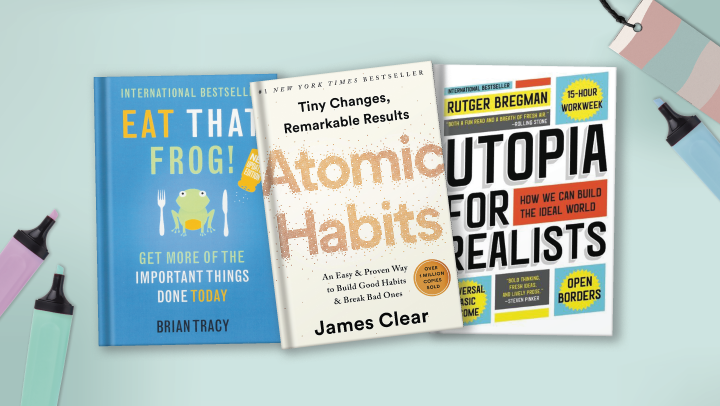 What is it about a New Year that makes us want to be better people? Maybe it’s the feeling of a hard reset, or the freedom of being able to leave the past year behind. Improvement comes with building better habits—and it very well may be that one of your goals is to become a more voracious reader. To kickstart 2021 on a motivational note, here are five books you should add to your must-read list:

Rutger Bregman’s cult classic has been around since 2014, but it’s a worthy title to pick up in the midst of the COVID-19 pandemic, which has shown us just how depraved society’s systems have become. From a solid proposal for universal basic income to valuing our most essential workers to giving free money to the poor, this book is chock-full of wild ideas—that when implemented on a global scale, just might change humanity for the better. Did you know that it was Henry Ford who pioneered the 5-day work week? Before then, the idea was scoffed at by his contemporaries. Now, it’s become the standard. So, Bregman asks, why can’t we push for a 3- or even 4-day weekend?

You’ve, of course, heard about good habits. But what about atomic habits? In this relatively new release by James Clear, you’ll hear about the ways minuscule changes can bring about the most remarkable results. When we want to instill a lifestyle change, we often go big—but massive first-time jumps are unsustainable. This book will teach you how to constantly incubate practices that snowball over time to generate real improvement.

We all know Ali Wong as ‘that pregnant lady who did a Netflix special.’ She’s become an icon in the community for her no-holds-barred confessional-style spiels about what it’s really like to be Asian in America, to be pregnant (and subsequently, to become a mother), and to be a female minority comedian in today’s increasingly chaotic world. So she’s written Dear Girls as an advice book-slash-love letter for her two young daughters. We grownups could stand to learn a lot from it, too.

Oprah has lauded Marie Forleo as a thought leader to watch—that much is evident from the latter’s successful TV show and podcast—and the print offering you see above is further proof of it. You see, all Marie wants is for you to become the most goal-driven and successful version of yourself. Combined with your own power and willingness to make a change, this book will help you become a force to be reckoned with.

Has your productivity suffered because of the garbage fire that was 2020? No worries—this Brian Tracy title will have you alive and kicking in no time. Why is it called ‘eat that frog,’ you ask? Well, the ‘frog’ is the one thing on your to-do list that, for no discernible reason, you’ve been putting off forever. You have to eat it; otherwise, it’ll eat you. We’ll let the book explain the rest.

No matter what your goals are this year, remember that we’re rooting for you! Tag us @belobeauty and let us know which one of our recos was your fave. May success be yours this 2021!

Now Might Be a Good Time to Start a Quarantine Journal

8 Books to Line Up for Your October Reading List