Alden Richards Brought Out His Best Angles With Ulthera 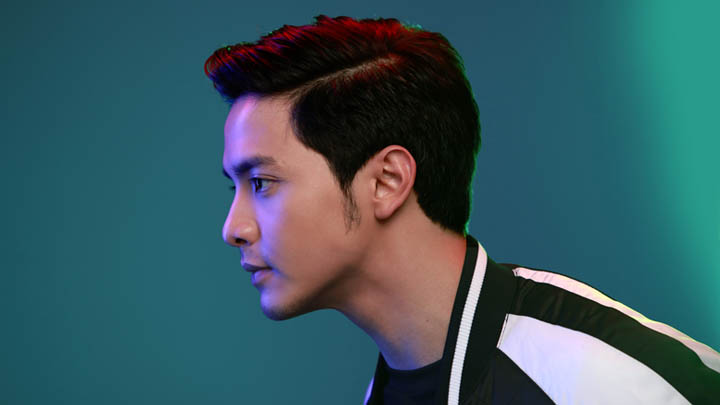 It’s easy to see why Alden Richards first came to our screens as the “Pambansang Bae.” He had a refreshing smile, a handsome face, and a personality that spoke to our homegrown sensibilities. At the height of his love tandem with Maine Mendoza, projects came in left and right. Endorsements soon followed. In almost no time, he was in every other media feature. Magazines clamored for him to front their covers.

Richards also ventured into music, proving that he had the talent to go with his looks. His charm was heightened by the fact that he was genuinely down-to-earth and easy to work with. He launched a book to show that he’s no one-trick pony. Despite being a relative newcomer, Richards was out to prove he was a master at what he’s doing. There are almost endless good things you can say about the actor.

Breaking away from the first gig that dubbed him the next big thing in showbiz, Richards is further shining in his light. Still, that isn’t without challenges.

He admits that he is in the business of keeping up appearances, if only as a gateway to deeper insights. Richards gets frank with us: “Sometimes, the TV [network] looks for guys who have more chiseled jawlines, which I never achieved in my eight years in the industry.”

Given this disadvantage, Richards relied on his youth. “I started with Belo when I was 19, but hindi pa ganoon ka-dominant yung puffiness nag mukha ko kasi it’s in our genes.”

However, he knew that age and the natural aging on his face, as dictated by his genes, would catch up to him. “My dad, brothers, and sisters have it. Regardless of how thin we get, we still get what we call ‘maga face.’ Meron kami lahat noon.“

On top of this, Alden reveals his relatable, human side. Past the perfection seen on camera, the actor opened up about his insecurities. “Actually, ngayon ko lang aaminin ‘to. When I see guys with a more defined jawline, chiseled jawline. ‘Bakit di ko ma-achieve ‘yun?’ I go to the gym as much as I can [and] I diet a lot, but I don’t get the results that I want, especially when it comes to my face.”

As his puffy cheeks became more pronounced and the demand for him to be at his best only increased, Richards smartened up. He found Ulthera, a non-invasive procedure that improves what youth naturally gives, and keeps signs of aging at bay. He also found Belo Medical Group, a pioneer when it comes to Ulthera. Belo doctors also serve as partners in creating the best version of their patients.

Ulthera helped sharpen Richards’ jawline, which brought out his natural good looks all the more. “Of all the treatments I’ve done, this is the one that really worked on me, especially on my face na mas madefine yung jawline and have a smaller and defined face, much better for TV.”

He emphasized that the change is remarkable. “I really didn’t expect na right after the procedure I really can see the difference between the face before the procedure and the face after the procedure.” Coupled with exercise, diet, and his self-care routine, Richards cites Belo’s Ulthera as something that helped him overcome his insecurities.

Richards is the type of actor who gives himself entirely to the role. He’s a celebrity that believes in giving his all in everything he does for his fans.  This is where he found a right partner in Belo, turning to the clinic to help him achieve his best self. “Sometimes, you really need help, especially from professionals and yung talagang mas nakakaalam like Dr. Belo.”

He’s happy that Belo Medical Group understands the importance of evolving in an ever-changing industry. Richards says, “Dr. Belo makes it to a point to come out with updated machines for clients to be more comfortable when it comes to dealing with non-invasive treatments.”

Based on his personal experience with Ulthera, Richards quickly gives his stamp of approval. “‘Yung iba siguro share the same dilemma before…parang kahit anong gawin nila—masipag sa gym, very hardcore mag-workout and at the same time very dedicated to their diet pero they don’t see the result especially on the face. The body follows; the face does not. So this is the best treatment. I’m just speaking from my experience. This is the best treatment. Do yourself a favor.”

Moving forward in his career, you can tell Richards has a replenished sense of confidence. He knows that he’s got the sharp moves to conquer whatever challenges come his way.

Are you looking for your power angles, too? Consult with our experts to find out if Ulthera is right for you. Click here to make an appointment, or call our hotline at 819-BELO (2356).