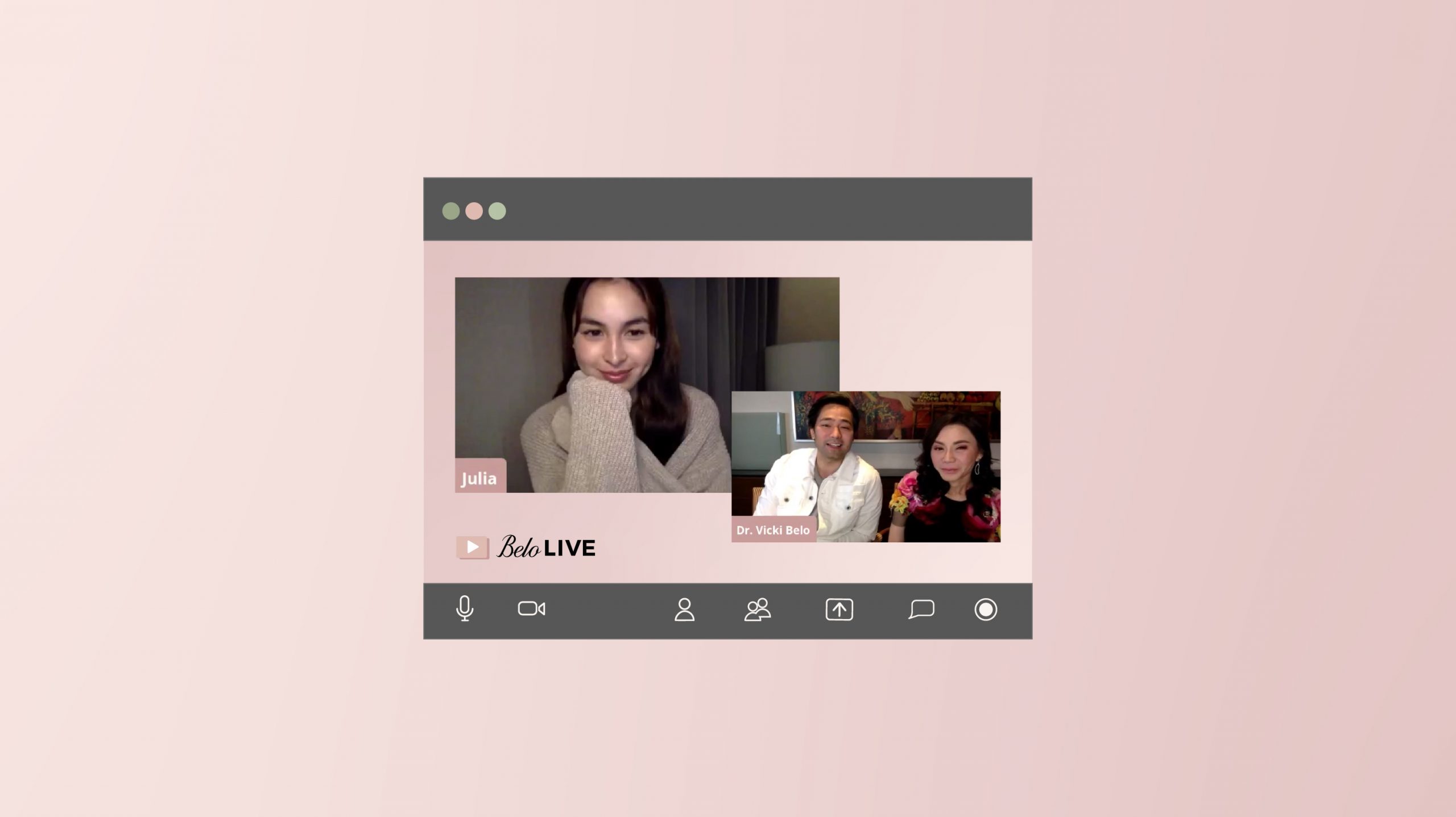 Last Tuesday (September 29), Dr. Vicki Belo and Dr. Hayden Kho had a very special guest on their latest Facebook Live session—Julia Barretto, who’s recently found herself the subject of a controversial (but totally false!) accusation. As we all know, Julia’s never been one to take such accusations lying down, so it was the perfect time to sit down with her and ask how she’s dealing with it all. Here are the highlights of their conversation:

1. Julia’s lived independently for a year now—and she’s loving it.

“It’s my anniversary in this house!” Julia realized. “I’ve been enjoying it so much, just being independent and learning a lot of things [about] running a household. I learned a lot about myself, just living on my own.” She says she became more aware of her electricity and water usage…and cleaning and maintaining her space. “When you live in your own house, you become more cautious of how much you spend. You’re just more careful because it’s your own space, and as much as possible, you want it fixed and clean.” Julia’s leaned into her inner interior designer and organizer in the past year, so much so that her sister Dani’s asked her for design tips! Her other sister Claudia even sought her help in redecorating the old bedroom they all used to share.

2. She opened up about her relationship with her mom, Marjorie.

I love you so much mommy 😩 I will celebrate you for the rest of my life.

“I can’t say that she’s strict. I think she gives us the right amount of freedom to learn for ourselves, but it’s because…what really guided us was our respect, our love, and the values she instilled in us,” Julia shared. “We love our mom so much [that] we just knew what she wouldn’t be happy about.”

3. She makes a mean pasta—or four.

But Julia has one easy, no-frills recipe: “It’s super simple. All I need is garlic, fresh tomatoes, butter, and parmesan cheese. That’s it.”

Just wrapped up my first ever campaign shoot with my newest family. 💗

Long-distance love might be the norm for many right now, but Julia believes in going for gold as long as you’re sure of your feelings. “Well,” Julia began (to laughter), “I don’t think I’m the type to play hard-to-get. I feel like if I like somebody, I let him feel it, and I let him know. I think it’s true when they say love or life is easy—it’s us people who make it complicated.” She asserted, however, that distance does make the heart grow fonder. “I do believe in the importance of making your other half miss you. You kind of have to make them…miss your presence.” Amen to that, Julia!

5. She broke out during the first few weeks of ECQ, too.

Seems like no one was exempt from the dreaded quarantine breakout! Julia struggled with it for a while, until she tried some ZO® products from The Belo Shop that changed the game. “The first few weeks of ECQ, I video called you guys, and I was so concerned about my skin. From really good skin, I started breaking out, and I didn’t know why.” Julia theorized that her adjustment from a fast-paced lifestyle to being sheltered in place caused her to stress out…and it manifested in her skin. But, as always, we came to her with solutions. “You guys sent me so [many] products that really helped me get back my glass skin.” Julia’s routine involves the ZO® Exfoliating Cleanser, Oil Control Pads, Wrinkle + Texture Repair, and Brightalive Skin Brightener. Her absolute favorite, though? The Oil Control Pads, which she claims “saved her life.”

6. She deals with hate and fake news swiftly and decisively.

Last September 25, Julia filed a complaint against the broadcaster who spread the rumor that she was reportedly pregnant. Four days before that, though, she posted a defiant photo on Instagram with only two words in the caption: “FAKE NEWS,” punctuated with a smiley face. This isn’t Julia’s first time to go toe-to-toe with haters or fake news, so she was decisive about the actions she needed to take. She was asked by the doctors about how she deals with these situations. “The moment it begins, just put your foot down and put a stop to it,” Julia asserted. “The more you tolerate, the more people will continue doing what they do that you don’t like. For the first time, I was able to protect myself, and stand up for myself, and defend myself. The first person you should really learn to protect is yourself.”

Julia Barretto Loves Wet & Dry Dermabrasion—Why You Will, Too