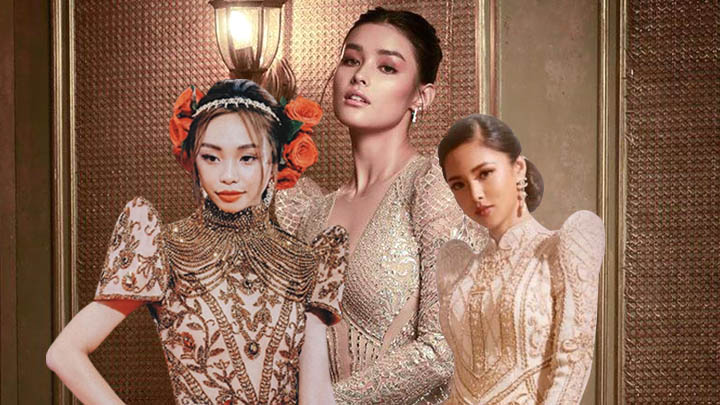 Still not over the high from ABS-CBN Ball 2019, we wanted to do a bit of a look back. What did the stars wear this time last year to the ball? How did their style change from then to now? Or maybe some are sticking to a certain style that they can own?

Last year, Maymay wore a creation by Furne Amato with jewelry from JJ Jiao. She seems to have a fondness for the designer, wearing another Furne Amato creation this year.

The ultimate chinita princess went for a dreamy Michael Cinco dress with butterfly details in 2018. For 2019, she played up the modern Filipiniana theme with a gown by Benj Leguiab IV called “Traje De Magdalena”

Liza seems to have a certain liking for nude illusion dresses dotted with sparkles. Her Patricia Santos look for this year’s ball seems matches her 2018 Alexander McQueen gown.

Styled by Ryuji Shiomitsu, Maris went for a sustainable gown by Julianne Syjuco that’s sexy and effortless. It follows how Maris isn’t afraid to be a little daring as proven by her 2018 Mark Tumang gown that had the highest of slits.

In 2018 Piolo kept it classic with a Randy Ortiz creation. Switching it out a bit but still working with a Filipino designer, he was quite the heartthrob in a Jor-El Espina ensemble.

Sue likes eye-candy dresses from the fringe grown by Mak Tumang in 2018 to the beaded Ushisato she wore this year.

One who is not afraid to go quirky with his red carpet looks is Daniel. This year, his suit utilized the weave of Benguet fabric to create a pinstripe effect. Last year, he donned a gold and black ensemble.