Why Madonna, Queen of Pop, Became a Skincare Guru Too 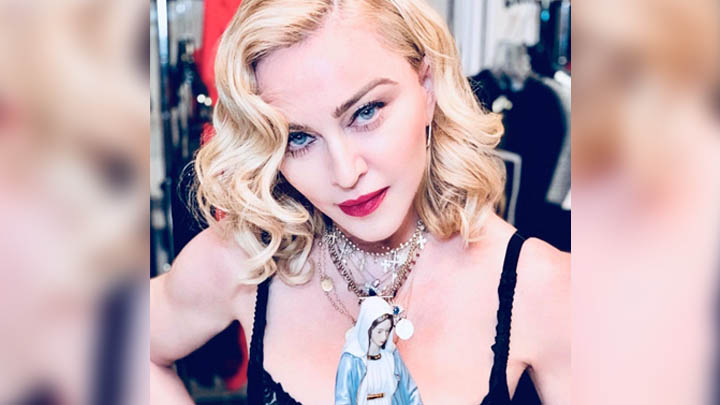 At the cusp of Madonna’s fourteenth studio album, Madame X, we realize that indeed the Queen of Pop has found the fountain of youth.

With this constant power, she’s truly the mother of all. Without her, there wouldn’t be a Britney, a Gaga, or Katy, along with perhaps more than half of the pop discography found on your playlist.

A constant chameleon of re-invention, she turned beauty mogul in 2017 with the launch of MDNA Skin. The skincare brand was made in partnership with Barney’s and established what we all knew: Madonna’s self-care routine is the stuff of magic spells.

What does the Madonna Oxylight Facial do? And why does Madonna like it so much?

The facial involves six steps. Think of it as a rigorous and impactful routine for your skin, in an efficient system. Madonna is known to be strict about her diet and to have a very specific approach to her exercise. So would you expect anything less for her facial?

It first starts with a Diamond Dermabrasion. Using a suction but crystal-free tip, dead layers of your skin are exfoliated. This makes sure that fresh skin is exposed and absorbs the benefits of the next steps. Then there is the Dual Detox where serums are applied for powerful healing and anti-aging benefits.

On the fourth step, the Biosonix (Ultrasound) Sapphire, your skin is renewed at a cellular level. It also encourages the flow of your facial tissue.

After this, the fifth and sixth steps play with lights and currents. Myolight ELD (Microcurrent) is a low-level current which tones and contours the facial muscles. On the other hand, the Oxylight MWD (LED) boosts collagen production to promote the natural look and best appearance of the skin.

Given how the facial goes beyond the ordinary, results are seen instantly. Regular sessions show rapid improvement.

There is also another facial that takes off from Madonna’s skincare beliefs. This is the MDNA Chrome Mask. This treatment can be done as a supplementary treatment after any chosen facial or peel.

MDNA Chrome Mask uses mineral-rich volcanic clay, botanical extracts, and oil to remove dirt and impurities. The clay is sourced from Italy’s spa-town of Montecatini Terme in Tuscany. As it clears your skin, it only leaves behind its translucency, making your glow like a pop star.

Book a consultation with one of our doctors now by calling 819-BELO (2356) or clicking here.