6 Movies to Line Up for Your V-Day Weekend Marathon 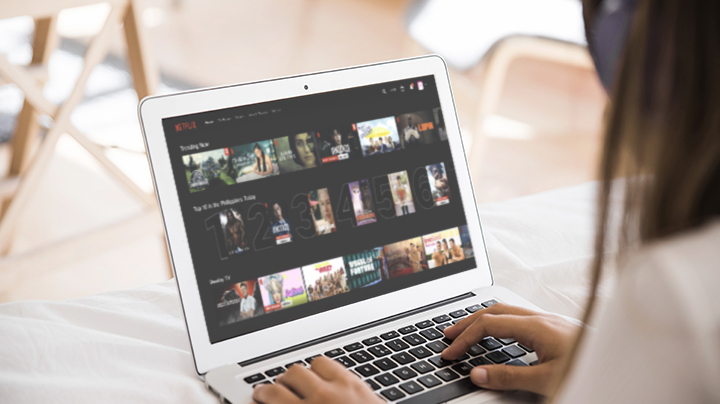 Whether you’re into celebrating love month or desperately trying to avoid it, we’ve got some film suggestions for you so you can still enjoy February.

For those who don’t believe in romance: Sid & Aya: Not A Love Story

If life has made a cynic out of you, this unique film starring Belo Babies Anne Curtis and Dingdong Dantes will give you some kind of reassurance that life is but a series of interactions, which can be good or bad, some unforgettable and some we’d rather forget. You’ll see a different Anne and Dingdong in this movie, with Anne portraying a struggling blue collar worker who just wants to live a better life, and Dingdong playing a no-nonsense stock broker at the top of his game at work but losing a personal battle with himself and loneliness.

For the hopeless romantic: Always Be My Maybe

Written and starred by two amazing Asian-American comedians, “Always Be My Maybe” follows the love story of Sasha Tran (played by comedian Ali Wong) and Marcus Kim (played by Fresh Off the Boat star Randall Park)—childhood friends turned highschool sweethearts until adulthood took a hold of them both. Sasha moved out of their hometown and became a celebrity chef, while Marcus stayed and dabbled in a few things before working in his dad’s business. After their break-up decades ago, they saw each other again and—you guessed it—fell in love all over again. It’s a fun and funny movie that makes you believe in destiny. Oh! And Keanu Reeves is in the movie, so yeah, watch it (here).

If you’re looking for classic kilig: The Hows of Us

You’ll see a more mature Belo Baby Daniel Padilla with reel-and-real partner Kathryn Bernardo in this rom-com about dealing with the present while overcoming the past. It starts with a break-up and turns into a custody battle for a home between Kathryn’s ambitious and responsible character, George, and Daniel’s head-in-the-clouds, struggling musician persona, Primo. It’s funny and full of heart and filled with real life scenarios that you might find all too relatable. But still, these two will never fail to tug at your heartstrings.

If you’re hooked on Moira Dela Torre’s “Paubaya”: Love You to the Stars & Back

Still trying to recover from the heartbreak that is Moira’s Paubaya music video? We’re with you. So we suggest you binge on the good ol’ days of #JoshLia and watch this movie that’s part romcom and part scifi. Belo Baby Julia Barretto plays a science geek looking for proof of life outside earth who falls in love with Joshua Garcia, who’s fighting his own battles and searching for a cure. It’s reminiscent of The Fault in Our Stars, but with a local sci-fi twist.

For the sci-fi geek you’re trying to win over: About Time

A post shared by Let’s hear it babe (@lets.hear.it.babe)

This is one of the most unique love stories you’ll ever watch. About Time features Tim (played by Domhnall Gleeson), who inherited his father’s ability to travel back in time (up to a certain extent, we won’t spoil it for you), which he uses over and over again in order to find then meet then get together with Mary (played by Rachel McAdams). It’s a sobering story, really, but if you’re S.O. or crush is a major sci-fi fan, this might score you some pogi/ganda points.

This movie may be a sequel for the 2015 movie Ang Kwento Nating Dalawa, but it could very well stand on its own. The movie follows the story of Sam (Nicco Manalo) and Isa (Emmanuelle Vera) five years after their break-up from the previous film. Having their own relationships now, the film shows how one simple interaction could bring back a gazillion memories and unresolved issues. The actors (both the lead and supporting cast) are all excellent and brought life into their characters that made them so realistic—somewhat blurring the line between movie and real life. It’s going to be a heartbreaking watch, so if you’re currently in that wallowing phase, go ahead and cry over this one.

You can watch it for free on YouTube. (Also, check out their excellent soundtrack!)

What are your favorite movies about love—happy ending or not? Share this story with your crew and you just might find the one to binge-watch with.

6 Movies to Line Up for Your V-Day Weekend Marathon

Your Belo Treatment Forecast, Based on Your Zodiac Sign