Belo Medical Group/Belo Babies/The Netflix Movie You Should Watch Next, Based on Your Fave Belo Baby

The Netflix Movie You Should Watch Next, Based on Your Fave Belo Baby

By Ching Dee for Belo Medical Group on November 8, 2020 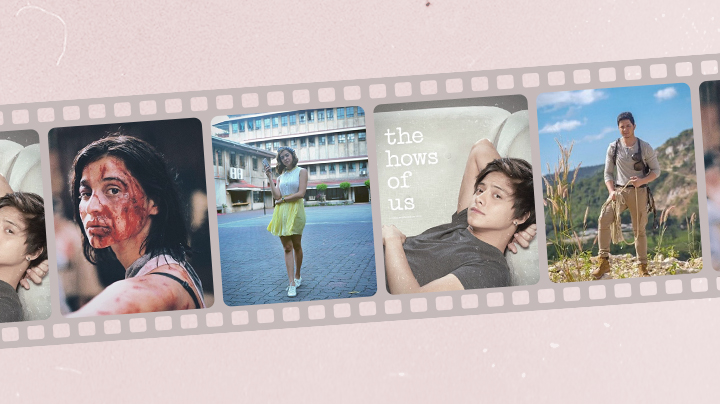 Stuck at home this weekend and not sure what to do (because we’ve been stuck at home for months now)? Make the most of your Netflix subscription and watch these Filipino films starring no other than our beloved Belo Babies.

Find out which movie you should watch by choosing your favorite Belo Baby below.

If you love: Anne Curtis

Dugo-ANNE. Nina Manigan, Over & Out. 🔪 Today is our last day in cinemas to give way to Pista ng Pelikulang Pilipino films. It was such a good run. Thank you to everyone that watched. Really loved all the comments and appreciation the film got. I’m not kidding when I say EVERYONE poured their hearts, blood, sweat and tears into this film. Every time we read positive reviews, it makes the 2 years we worked on this film, all the more worth it. Salamat Po! Who knows, we might be back in cinemas after the PPP movie festival. #BUYBUSTMOVIE 📸: @dinoplacino

While we’ve fallen in love with Anne Curtis’ perky and bubbly personality, we know she can transform into any character when it comes to the silver screen. But her portrayal of PDEA police officer Nina Manigan shows a different side of Anne that we’ve never seen before – tough, gritty, and an absolute badass. Her three-minute, no-cuts fight scene on the rickety roof of Brgy. Gracia ni Maria is a definite must-see.

If you love: Daniel Padilla

You should watch: The Hows Of Us

How do we save us? #TheHowsOfUs

This award-winning movie shows real-life couple Daniel Padilla and Kathryn Bernardo in more mature roles. Directed by veteran filmmaker Cathy Garcia-Molina, The Hows Of Us tells the story of young couple Primo (Daniel Padilla) and George (Kathryn Bernardo) who are deeply in love but struggling to make sense of their relationship in the midst of life and its challenges. Daniel Padilla shows a deeper acting range and a different side of himself aside from the “bad boy” we’ve seen and loved. The duo did so well that they won several awards that year, including the Camera Obscura Artistic Excellence Award, the highest honor given by the Film Development Council of the Philippines (FDCP).

If you love classic love stories overcoming odds, make sure to watch The Hows of Us with your loved ones.

If you love: Rhian Ramos

You should watch: Saving Sally

If you like love stories with a hint of playful fantasy, you’ll definitely enjoy Saving Sally. It’s the first Filipino film of its kind when it was released in 2016. This live-action animated movie stars Rhian Ramos, Enzo Marcos, and TJ Trinidad. In the movie, Rhian brings to life the character of Sally, a quiet young inventor who meets Marty (Marcos) and the two team up to fight off the so-called monsters in Sally’s life, like her abusive parents and her annoying boyfriend, Nick (Trinidad).

If you enjoy movies full of funny antics but also touching slightly serious themes such as loneliness and troublesome relationships, watch this film with close friends and family.

If you love: Sue Ramirez

When I text you it means I miss you. When I don’t text you, it means I’m waiting for you to miss me. #angbabaengallergicsawifi

By just looking at the title, this could be all of us! But this Jun Lana rom-com follows social media-obsessed Norma played beautifully by Sue Ramirez. Her quirky and quite natural portrayal makes Norma ever-so-endearing. So when she gets diagnosed with electromagnetic hypersensitivity, a condition that makes it dangerous for her to be around gadgets that use WiFi, she had to be sent to a far-flung place without any network signal and discovers true love the old fashioned way: without Instagram, without Facebook, without WiFi.

If you love quirky characters, make sure to watch this movie with your special someone (it could give them a few ideas on how to show their love without using digital likes and @’s).

If you love: Liza Soberano

You should watch: My Ex And Whys

In this 2017 romantic comedy by Cathy Garcia-Molina, Liza Soberano stars as famous blogger Cali with her real life beau Enrique Gil, who plays womanizer heartthrob Gio. While the movie explores their characters’ lives after the break-up, the wounds and memories of feelings-past are recalled as they spend more time working together while Gio does his best to convince Cali that he’s changed for the better. Liza Soberano delivers a powerful performance in this movie, perhaps one of the reasons why this movie is reportedly the highest grossing film of LizQuen to date.

If you love bittersweet romance with lots of comedic relief, watch My Ex And Whys with your best friend or (if you’re feeling brave) your ex.

If you love: Alden Richards

You should watch: Imagine You & Me

After converting all of us into devoted supporters of “AlDub Nation” in 2016, Kapuso matinee idol Alden Richards starred in his first leading role with Maine Mendoza in Mike Tuviera’s Imagine You & Me. This bittersweet rom-com follows Andrew (Richards), a no-nonsense medical student in Italy who was recently heartbroken and has abandoned all notions of love and destiny. His character is the polar opposite of Gara (Mendoza), an OFW who believes in true love and the power of fate. Despite being opposites, these two find out they have more things in common than they first imagined.

If you love lighthearted movies with picturesque views of Italy, this film is for you and your S/O or BFF.

Why Are Our Eyes the First to Age?

10 Things Dr. Belo Did While Under Quarantine