You Can Get Kylie Jenner’s *Exact* Same Lip Fillers at Belo!

By Chandra Pepino For Belo Medical Group on November 9, 2020 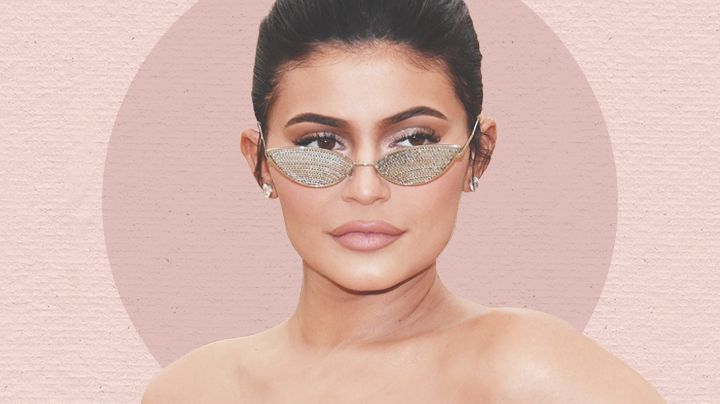 Kylie Jenner, reality-star-turned-billionaire-and-mom-of-one, founded Kylie Cosmetics in 2015, which shot its way to global fame with the eponymous Kylie Lip Kit. She claimed that her full-looking lips were a result of overlining—a makeup technique in which one applies lipliner way beyond the natural lip line to create the illusion of larger lips. But fans and haters alike weren’t having it. (In the meantime, a dangerous Kylie Lip Challenge had made the rounds on social media.)

In May 2015, Kylie finally put the rumors to rest in a voiceover for the now-defunct Keeping Up with the Kardashians. “I have temporary lip fillers. It’s just an insecurity of mine and it’s what I wanted to do,” Jenner said. “I want to admit to the lips, but people are so quick to judge me on everything, so I might have tiptoed around the truth—but I didn’t lie.”

In an 2017 episode of Life of Kylie, she opened up even more about the reason she began to feel insecure about her lips. “It was, like, one of my first kisses and a guy was like, ‘I didn’t think you would be a good kisser because you have such small lips.’ But I took that really hard. Just when a guy you like says that, I don’t know, it just really affected me. I just didn’t feel desirable or pretty. I really wanted bigger lips. I would overline my lips with lip liner just to create the illusion of bigger lips. And then finally I was like, ‘This lip liner isn’t doing it.’ I ended up getting my lips done,” she confessed.

Later on, Refinery29 had the chance to speak with Pawnta Abrahimi, registered nurse, owner of Pawnta Cosmetic Dermatology in Beverly Hills, and licensed Allergan trainer. Allergan, if you weren’t aware, is the inventor of BOTOX® and Juvéderm…and the latter happens to be what she used for Kylie’s famous pout.

Said Pawnta, “I like to use Juvéderm for the lips because it’s made from hyaluronic acid. That means it retains and absorbs water, so it’s specifically great for lips.” And guess what—Juvéderm fillers are readily available at Belo, so you can literally have Kylie Jenner lips without having to fly out to Beverly Hills!

Here it is in action on influencer Angel Dei:

See anything different? – Well, @_angeldei did lip fillers. And I think you only noticed that she did it when I pointed it out . This is how naturally-looking we do fillers . We don’t overfill. We do ‘tweakments’ that’ll make you look better but still very natural . – Don’t you just love Angel’s more luscious lips? 💋 #BeloLipFillers #BeloBeauty #LipFillers #Fillers

Juvéderm is generally used for wrinkle correction around the eyes and lips, as well as in lip enhancement. Whether you want baby lip fillers for a minor enhancement or want to go all the way like Kylie, you can speak with our Belo MDs to figure out just how much Juvéderm filler is right for your face shape and beauty goals.

Say goodbye to IG Filters , and get that natural-looking lip tweakment for real ✨ Don’t worry , the #BeloLipFillers is a quick and easy procedure that gives you natural-looking subtle plump lips . Did we mention this also hydrates yours lips ? Call 8819-BELO to book your appointment or email info@belomed.com 🤍 @belobeauty

OMG, Bible, you’re on your way to keeping up with the Kardashians! All it takes is a quick 15-minute procedure.

To book your appointment for Juvéderm fillers, call 8819-BELO, or email info@belomed.com.

You’re in Your 20s. So Why Would You Need Fillers?

Why Baby Lip Fillers Are The Next Big Thing