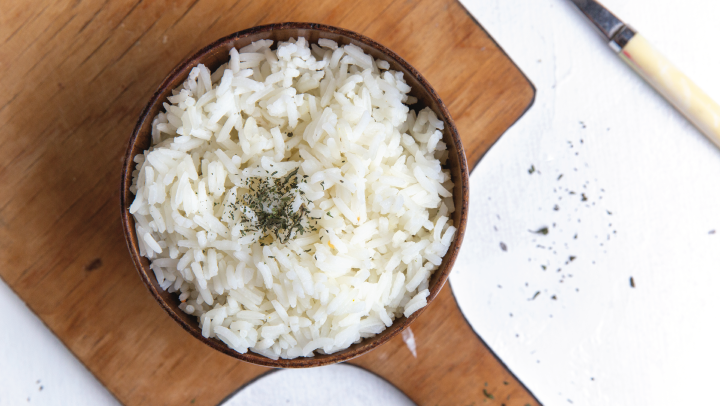 For years, we believed that carbs are the enemy. White rice, white bread, pasta, donuts (gasp!)—these babies have to go if you want a slimmer, fitter figure…

Today, we’re busting five of the most common myths about carbs. Keep reading and you just might join #TeamCarbs in the end.

FALSE! Most people believe carbs are fattening, carbs are hard to burn, carbs will make you gain weight faster. But the truth is: It’s not the kind of food, but how much you eat. According to NBC News’ interview with nutritionist Susan Bowerman, director of Worldwide Nutrition Education and Training at Herbalife Nutrition, “Anything is fattening if you eat too much of it, and not all carbohydrate-containing foods have the same calorie density… This myth persists because many people who eat a lot of refined carbs and sugar do lose weight when they cut back on these foods. But it isn’t because they’ve cut out all of the carbs, it’s because they have cut out a lot of the calorie-dense foods.”

And when you really think about it, this makes a lot of sense. There is no such thing as unhealthy or bad food (except the ones you’re deathly allergic to), but there is such a thing as an unhealthy relationship with food, which leads us to frequently overeat. Cleveland Clinic nutritionist Julia Zumpano supports this and says, “It’s the type and quantity of the carbs you eat — not carbohydrates themselves — that cause weight gain… Many carbs contain excess calories and sugar.” When it comes to losing weight, Zumpano says it’s best to “keep your carbohydrate intake to around 40 to 45 percent of your total calories… healthy fats should make up 30 to 35 percent of your total calories, and lean proteins should make up the other 30 percent.”

Myth # 2: You can live without carbs.

FALSE! First, it’s important to realize that carbs are more than just pasta and bread. Carbohydrates are considered as macronutrients, which means you need it in big doses and it plays a vital role in your health, just like proteins and fats. Carbs are naturally present in almost every food, even in fruits and vegetables. So it’s impossible to cut it out and live without it completely.

“It’s really important for people to understand that the body’s preferred source of fuel for most everyday activity is carbohydrate. And your brain and red blood cells rely on carbohydrates almost exclusively for fuel,” says Bowerman in the same NBC News article.

Experts recommend that about half (40-60%) of the calories we intake should come from carbs since it’s our body’s fuel of choice or glucose.

“If you limit the amount of glucose going to the brain, your body finds another way to get that energy… It ends up breaking down muscle to fuel the brain, like cannibalizing on itself in a way since there [isn’t] a sufficient amount of carbs to pull from,” says Leslie Bonci, founder of Active Eating Advice and the director of sports nutrition at the University of Pittsburgh Medical Center, in a piece by Thrillist.

FALSE! Technically speaking, there are simple and complex carbs.

Rebecca Lewis, registered dietitian at HelloFresh, a food kit delivery service in the US, says in an NBC interview, “Simple carbohydrates are found in fruits, veggies and dairy — all of which are healthy choices as they also contain good stuff like vitamins, minerals, and fiber… However, simple carbs are also found in less healthy foods like refined grains, processed snacks, sweets, soda and juice, which lack extra nutrients. These foods are very quickly digested, which can cause swings in our blood sugar levels and often leave us hungry for more.”

Meanwhile, “[complex carbs contain] a complex chain of sugars as well as some fiber, protein and/or healthy fats, vitamins and minerals… The presence of fiber, protein and fats is important because it slows digestion, prevents a spike in our blood-sugar levels, and helps us to feel full and satisfied for longer (i.e. curbs cravings).”

Women’s Health Magazine recommends getting “the right kind of carbs by cutting out as many processed and baked goods, sugary drinks, sweets, and added sugars (found in tons of packaged foods) as possible from your diet, since they’re all packed with empty calories” and replacing it with “whole grains (whole-wheat bread, brown rice, ancient grains like quinoa and bulgur), starchy veggies (potatoes, sweet potatoes, squash, corn, and lentils), and fresh fruit. These have more fiber, which keeps your blood sugar from spiking and dropping—a side effect that will have you reaching for your next bite in no time flat.”

Myth # 4: White carbs are not the right carbs.

FALSE! …Well, partly. According to Anna Taylor, MS, RD, LD, CDE of the Cleveland Clinic, most pastas and breads do contain high amounts of carbohydrates, but there are also multi-colored foods that are rich in carbs, like sweet potatoes, corn, peas, squash, and grains.

“High-fiber carbs (like legumes, whole grains, starchy veggies and fruits) and high-protein carbs (like legumes, yogurt and milk) are generally more nutritious than low-fiber carbs (like refined grains, sweets and sugary drinks),” Taylor says. These white foods are also rich in good carbs and lots of nutrients, according to Rachel Stockle, also from the Cleveland Clinic: cauliflower, potatoes, nuts and seeds, onions and garlic, beans, jicama, ginger, and apples.

This doesn’t mean you can’t enjoy regular pasta or white bread anymore. It just means you have to keep your portions in check if you want to stick to your weight-loss goals. And when you can, choose their whole grain counterparts. According to Chicago Health Online, “the Academy of Nutrition and Dietetics recommends women aim for 25 grams of fiber per day and 38 grams per day for men.”

Myth # 5: You need to cut carbs to lose weight.

We’ve said it before and we’ll say it again: The key to losing weight and loving carbs is portion control. You can still enjoy white bread and pasta and even desserts, just remember not to binge on it regularly. Carbs give you the energy to work out, so cutting out carbs all together will make it more difficult to stick to your workout routine. Cutting out carbs may make you lose weight at first, but it’s not the most sustainable way to keep off unwanted weight.

According to an article by Women’s Health Magazine, “low-carb and no-carb diets have not been shown to be more effective at weight loss than a balanced diet,” says Stefanie Mendez, R.D., a practicing dietician at a New York nutrition group and co-founder of Matriarch, a women’s integrated fitness and nutrition program.

It’s best to start conditioning your mind to have a healthier look at food and stop treating it as the enemy. Food can actually work in our favor if we let it. Always remember that when it comes to losing weight or staying healthy, the key is portion control and not exactly the food you eat.