By Alyana Olivar for Belo Medical Group on January 13, 2021 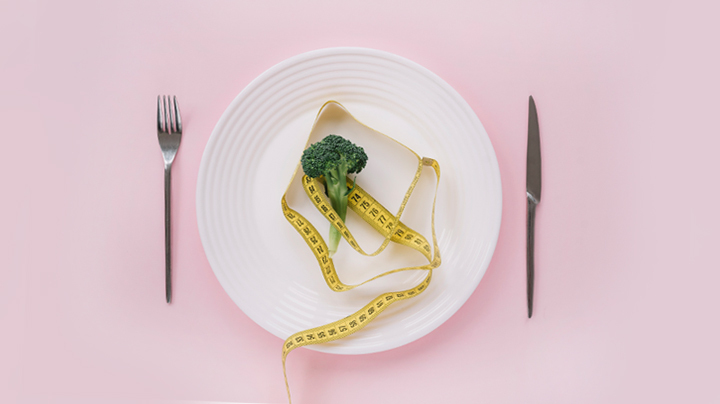 Traditional New Year’s resolutions typically include promises to lose or gain weight by subscribing to a certain diet. However, there is a lot of misinformation regarding dieting that has been passed around from a friend to a friend of a friend. These dieting myths are more fiction than fact, though it’s easy to see why it could come across as logical. We did our due research and listed the five dieting myths you need to stop believing moving forward.

Myth #1: You can’t have snacks or desserts.

One of the most common diet myths is cutting out snacks from your vocabulary. After all, everything you need should be in the three basic meals, right? On the contrary, snacks are good — important, even — but only to a certain extent. Snacking on fruits and vegetables in between meals not only staves off the bad cravings for refined sugar and processed food while giving you some additional nutrients. As for desserts, giving yourself a reward (within reason!) could help you stick to your meal plan in the long run.

Myth #2: You need more protein after a workout if you want to gain muscle.

For those looking to build up their muscular physique, a common recommendation is to increase your daily protein intake immediately after a workout. The “anabolic window” is believed to make the muscles more receptive to absorbing the protein for better muscle recovery. However, there’s evidence that just making sure you’re having the recommended daily protein intake for your weight with each meal is enough.

Myth #3: You should skip breakfast or dinner.

Fad diets, especially intermittent fasting, promise to help manage your weight by going without food for a certain number of hours. Typically, this would entail skipping either breakfast or dinner for heavier meals during the “allowed hours”. The fasting is said to trigger the body’s survival mode but doing so could lead to you munching on high-fat and high-calorie snacks instead. A 2020 study found that intermittent fasting is no more effective in weight loss than having a low-calorie diet.

Myth #4: You need to cut carbs from your meals.

A healthy balanced meal involves protein, fat, and carbohydrates. So while carbs are villainized, it’s a complete diet myth that you should stop eating meals that include it. Carbohydrates are filled with nutrients that fuel our bodily processes. It’s a matter of choosing which carbohydrates to consume, such as picking wholegrains over processed ones. It’s better to have some carbohydrates in your daily diet rather than none, as an intensive study observed a strong connection between low carbohydrate intake with increased mortality and risk of disease in its participants.

This diet myth springs from the belief that since our body’s processes slow down while we’re sleeping (generally at night), you shouldn’t eat past 8PM or before you go to bed as it will lead to weight gain. While you shouldn’t be consuming heavy meals right before you go to sleep, registered dietitian Lisa Mallonee says what you eat is more important than when you eat. As long as you burn more than what you consume, you’re on the right track.

Which diet myths did we miss? Let us know!

4 Ways to Get Your Dream Body for Your Wedding Day