Does Lipo Suck or Not? Dr. Vicki Belo’s Podcast Answers 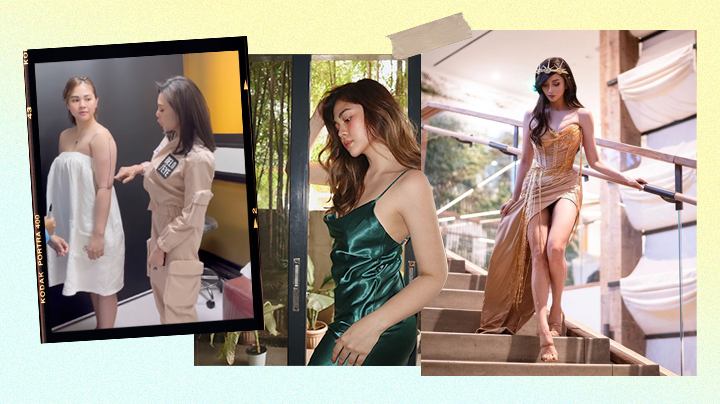 Liposuction (or “lipo” as it’s often called in shorthand) is one of our most-requested surgical procedures (yes, even during the pandemic—actually, especially during the pandemic!). But did you know that Dr. Vicki Belo is known as the ‘Queen of Lipo’ in the Philippines? After training with the founder of the Tumescent Liposuction technique, she brought the technology to the Philippines roughly 30 years ago. But a lot of new technology is now available as an alternative to this surgical fat removal procedure.

“When I started my practice 30 years ago, you know I want to become the ‘Laser Queen of the Philippines’, because I was the first person to ever bring skin lasers to the country. 1990 was a time when lasers were just beginning. We were all in grade one, in the States, in Europe. I think that was a great time to come in because we all started together. And now we’re all the seniors teaching everybody,” Dr. Belo recalled during an episode of her podcast The Beauty Authority with yoga instructor Katrina Razon.

Being one of the pioneers of lipo in the country, Dr. Belo sheds more light on liposuction during the episode and how the pandemic is shaping this industry.

“We’re seeing a lot of people who gained weight during the quarantine,” Dr. Belo said, pointing out that most of us have been staying home, avoiding the gym (sharing equipment is not really the best thing to do right now), and binge-watching Netflix while eating. This spike in a less active lifestyle is evident in the clinics.

She explains, “A lot more people are coming to the clinic for fat reduction. Maybe 50% are going for non-surgical options, the other 50% are going for the surgical fat reduction or liposuction because they feel it’s a great time to recuperate at home since they’re not going to work anyway. They want to emerge from the quarantine period like a butterfly…also, a lot of people aren’t spending money on traveling or shopping, so they’re spending money on themselves. So Belo [is] becoming busy with non-surgical fat removal and liposuction.”

Dr. Belo also shared her personal struggle when it came to being overweight. After bringing in lasers to the Philippines 30 years ago, she also made it possible for liposuction to be more accessible to more Filipinos.

“I also brought in liposuction because I’ve had a weight problem all my life. I was a hundred pounds when I was seven years old,” she shared, explaining how her love for sweets led to an unhealthy weight gain. But she overcame it over time. She even became an aerobic instructor for 13 years—even training with Jane Fonda in the US—before finding her way to become a doctor and cosmetic surgeon.

Fast forward to a few decades later, and she has earned her place on top of the beauty industry in the country. “So I became the ‘Queen of Liposuction’ rather than the  queen of lasers because everybody understood removing fat,” she said. “And it was the new way of doing liposuction, not the plastic surgery way. No downtime, no overnight stay in the hospital, people were walking out of the clinic so they really like it and it was less painful.”

Dr. Belo pointed out that despite the new alternatives, “liposuction is still the gold standard.”

“Now, the thrust seems to be non-surgical treatments. There are a lot of alternatives to fat removal, but of course these are not for people who are fat fat, but just have some little problem,” she said. “The most popular way to lose fat in the clinic right now is a combination of procedures, not one procedure will do it. Our best [non-surgical] combination is something called V-Contour (flowers and herbs from Spain, which melts fat within the fat cells/capsule) and either the Exilis or the Skin Reboot (radiofrequency destroys the fat cells and drains away the melted fat through the lymphatic vessels to be excreted out of the body).”

But if you have stubborn problem areas, these non-surgical procedures just won’t cut it (pun intended). According to her years of research and training, Dr. Belo found out that “fat distribution depends on your race.”

“So when I was in the States training with the founder of tumescent liposuction, Dr. Jeffrey Klein, most of our patients, I would say 80-90% of our patients had saddlebags. So that’s what I was doing all the time: saddle bags. And even in France, where I trained. When I got to the Philippines, I was shocked because there were no saddlebags. Very few people in the Philippines had saddlebags, usually they were people who are of mixed descent,” she explained.

“In the Philippines, the biggest problem is the lower abdominal area, which is called the puson and for some reason even if people are thin, they still have abdominal areas that are fat… This has made me understand that it’s genetic… The reason why you have more fat in certain areas is because you were born with more fat cells in a particular area… There really are areas that are stubborn. This is the cure: it’s liposuction.”

She continues, “There are a lot of alternatives now to liposuction. I would say you could lose 50% of your fat that you want to lose with non-surgical ways, but if you really want to have a perfectly shaped body and get the curves that you want in the right places, liposuction is still the gold standard.”

Ever wondered why it’s called Belo 360° Liposuction? It’s because our doctors do circumferential liposuction under local anesthesia for two main reasons: 1) it tenderizes fat; and 2) while the patient is asleep under anesthesia, doctors can turn the patient to various positions while doing the procedure to make sure they can sculpt the fat to a more natural-looking state. Aside from being a scientific medical procedure, liposuction can also be considered an art form, which lets the doctor sculpt the patient’s body according to their beauty goals.

Dr. Belo also warned podcast listeners about the risks of a very popular procedure called cryolipolysis, as seen in the reality show The Real Housewives of Beverly Hills. She doesn’t recommend this treatment after her less than pleasant experience eight years ago. She also pointed out that one in 200 patients could suffer several drastic side effects, including post-treatment pains that could last for several months that won’t respond to pain medications. After her experience, she swore never to try it again.

She also shared another popular and effective fat reducing treatment called Onda Coolwaves from Spain. It uses the same microwave technology as the Belo V-Contour, so it’s very effective and even works on cellulite, one of the biggest problems for some women when it comes to losing fat. Dr. Belo explained that cellulite is not normal fat, that’s why it’s more complicated to address. It’s fat that escaped from the subcutaneous tissue, the third layer of the skin where fat usually resides. Cellulite is lumpy because the skin creates fibrous tissue to hold it down. Onda Coolwaves doesn’t completely eradicate cellulite, but most patients will notice about 70% of improvement after the procedure.

During the podcast, some listeners sent in their questions about liposuction. One question was about the myth of gaining fat in other places after the procedure. Dr. Belo responds, “When we do the liposuction, you will already see the fat in a container, so obviously it’s out of your body. We usually get one liter of fat, which is a lot of fat. If you’re big, we can get about five liters of fat… When you do liposuction, you actually remove the ‘houses’ (fat cells). So when you gain weight, there are less fat cells in that area so you won’t get fat there again, but you do have fat cells in other parts of your body.”

She also pointed out that cosmetic surgeons are only taking care of the fat patients already have and they are no longer responsible for your future fat. At the clinic before the procedure, doctors often discuss lifestyle changes with the patient to make sure the results of the lipo will last longer and they can lead a more active and healthy life.

Both Dr. Belo and Ms. Razon reminded listeners about being careful when it comes to choosing their doctors when they decided to undergo invasive procedures such as liposuction. Only go to vetted experts and make sure to do your research beforehand.

Dr. Belo reminds us, “Everything in the wrong hands will go wrong if the person is not well-trained.”

You Won’t Believe Her Belo Transformation