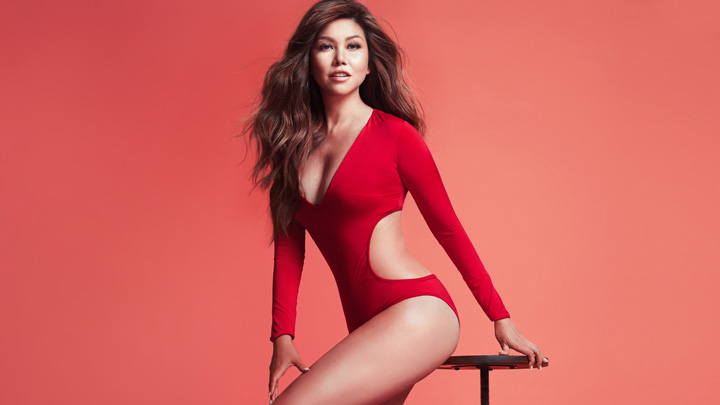 Gaining weight and then choosing to undergo a fat-loss treatment in a clinic is never an easy decision, especially if it’s preceded by a tragic loss and emotional upheaval.

This is what Bianca Valerio had to deal with recently. The events host and personality development speaker went through a spate of depression and anxiety after her brother’s untimely death a few years ago. Bianca turned to food to deal with situation and before she realized it, she had already gained 30 pounds within a year. “In the beginning, I didn’t see it, maybe I was in denial. You don’t realize the physical changes because you’re just so mentally broken,” she shares.

It wasn’t until she had to fit ball gowns and sexy dresses for work that Bianca acknowledged her weight gain, and how it could negatively impact her career. “When these dresses stop fitting the way they used to and then you start to look in the mirror, and eventually, you’re like ‘Wow, this is real.’ My job was on the line and my mental health was on the line, too. It was only then I started to realize that I had to do something about it.”

Bianca went back to the gym, and she slowly shed off the pounds. But sometimes, working out is not enough to achieve your body goals. “People think that when you lose weight, you can target a spot to lose weight. That’s not true,” she relates. “I had been working out for so long and I just wanted to make my tummy smaller. You can make it firmer but you cannot make it smaller.”

That’s when she considered consulting with the doctors at Belo Medical Group, who suggested she undergo Belo 360° Liposuction, a fat removal procedure that’s minimally invasive and less aggressive than traditional liposuction. “The people at Belo explained that it’s different from the liposuction of old days where sinasaksak ka lang and then bahala na basta madurog ung taba. It’s not like that anymore. Everything is done with laser. So it’s more precise and involves lesser downtime.”

Belo’s signature way of doing liposuction involves the use of Smartlipo, a machine that uses laser energy to liquify the fat in a targeted area before the doctor suctions it out. At Belo, the procedure is done in a circumferential manner, where the parts surrounding the problem area are also targeted for a more streamlined look.

Bianca initially had her doubts, not because she didn’t trust the procedure, but because she was anxious of what other people were gonna think or say. She soon quickly realized, however, that undergoing liposuction was something she had to do to please herself and no one else. “You want to take care of yourself [then] you should be taking care of yourself.” The results discredited all her fears and doubts. “Liposuction together with gym for me is such a powerful combination. Belo put the curves on me and then the gym tones it for me,” she enthuses. “Plus the confidence, the validation, not from other people, but when you look at yourself in the mirror. Why didn’t I do this sooner?”

She goes on to say that seeing the results was enough encouragement “to love myself again, to see myself in a whole new light, and to want to care for myself again and get myself out of that depression. This is not gonna answer your problems, but it does give you a big head start, and that’s what it did for me.”