LOOK: 10 Cute Snaps of the Belo Family in Kenya

By Chandra Pepino For Belo Medical Group on January 6, 2021 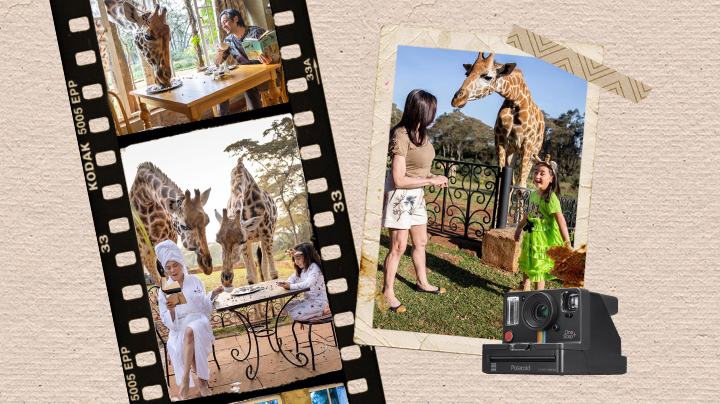 In case you aren’t following Dr. Vicki Belo, Dr. Hayden Kho, and Scarlet Snow Belo on Instagram, the family spent the latter half of the December holidays in Kenya. Notably, they visited the Maasai Mara National Reserve and the Lewa Wildlife Conservancy, where they got to see the most majestic creatures, from rhinos to zebras and more. Here are 10 of their best photos from their Kenya journey.

This photo was one of the first that the family released from their trip, and everyone was taken by how romantic it was! Why’s Scarlet asleep in broad daylight, you might ask? She was still jetlagged from the trip. The doctors took that moment to take a sweet snapshot. If you’re wondering how Scarlet was able to fall asleep in what looks like sweltering weather, Dr. Belo actually describes the weather in Kenya to be “like Baguio.” Amazing!

During the Belo family trip to Mexico City, Scarlet Snow wasn’t allowed to get on the hot air balloon—she had been too small at the time. Luckily, she’s grown a lot since, and she finally got her certificate over in Kenya! “Thank you, Capt. David!” she said.

It’s not often you encounter public toilets you want to stick around in. In this case, however, Doc Hayden jokingly  says, “I’m the view.” Can’t help but agree!

The doctors have been together for nearly two decades, and married for over three—but they’re going strong as ever. Doc Hayden’s caption in this photo reads “Washirika wa maisha,” which means ‘life partners’ in Swahili. Meanwhile, the hashtag “#BeloNzuri” translates to ‘Belo Beautiful.’ We’ll use that in a post soon!

Dancing along to Shakira’s viral hit “Waka Waka (This Time for Africa),” the Belo Family greeted us all a Happy New Year from their cozy fireside area. We wish we could be there, too!

At Sirikoi Lodge, Scarlet’s first meeting with a real-life giraffe marked her 2021, causing her to declare that this New Year would be an “amazing” one.

The family adopted a baby rhino from the Lewa Wildlife Conservancy, and in true Belo fashion, they named him ‘Plasty’ (the idea actually came from Dr. Belo’s son, Quark Henares!). “The money will make sure he has veterinarians and rhino rangers from Lewa Wildlife who will make sure Plasty is safe and healthy,” Scarlet said. We’re with you, kid!

Um, how many of us can say we’ve had breakfast with a GIRAFFE?! At the Giraffe Manor, the Belo Family got to tick this rare bucket list item off.

Scarlet’s never been afraid of animals. She’s held actual snakes in her hands, poses gamely with Great Danes, and now, she’s on playdates with giraffes. Typical Scarlet, TBH. We expect no less.

Did the Belos’ trip to Kenya inspire you to choose a more unconventional location for your next trip abroad? Let us know!

6 Travel Vloggers To Vicariously Live Through In 2021

The Self-Care Habit You Should Try, Based on Your Zodiac Sign