Here’s What Happened When Sam Azul Got a Nose Job 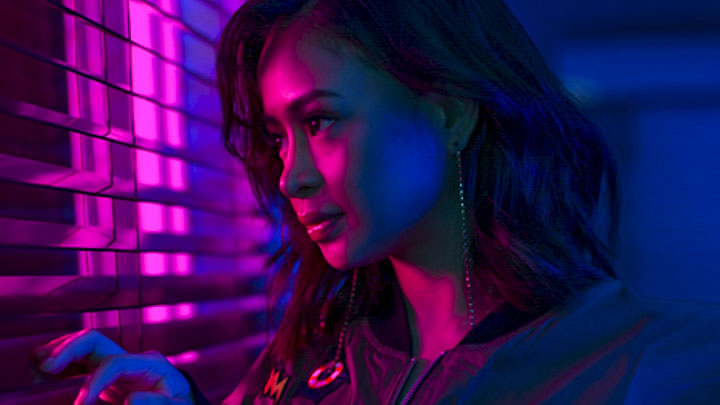 Good-looking noses run in my family. But unfortunately, the “nice nose” gene skipped me and just went to my other siblings. Can you imagine how conscious I’d get whenever we’d take family photos? Whenever we get together, my relatives and friends would always ask, “Kanino ka nag-mana?” Or, whose looks did you inherit?

Nose-conscious! But TBH, I was also nursing a cold here! Hehe!

It always stung being compared to my better-looking siblings. I grew up with low self-esteem, and always thought that having my nose enhanced would give me the confidence boost I needed. However, my parents and their conservative views held me back because they were worried about what judgmental people might say about me. It took some time, but I eventually began to actively pursue the change I wanted for myself. When I was sure that getting my nose done was something I really wanted, I talked to my parents and explained why I needed the surgery and assured them that I would be in good hands. After that, I did my research and chose the most reputable clinic that would take care of me.

On Expectations & Meeting my Doctor

I discovered that a nose job is a very complex procedure, and depending on the kind you want or need, the doctor can opt to trim off anything in excess, re-shape your nostrils, add an implant, or even build a nose bridge if there was none before. So, after setting an appointment, I was very excited to meet Dr. Nato of Belo Medical Group and find out what was going to happen.

I really appreciated how patient he was and that he really took the time to explain what I should expect—from pre-surgery preparations to my healing and recovery. After that, it was easy to give him my 100% trust. I liked that he asked me what I wanted to change about my nose, and he even asked whose noses I admired. I just told him, “Kayo na po ang bahala, gusto ko lang po talaga ma-enhance yung ilong ko.”

Here’s a look at my old nose! Read until the end—I’ll post a side-by-side shot so you can compare!

Dr. Nato also explained that no two noses are alike, and that even if I had a “peg,” my nose would still be unique. It can get overwhelming, so I was glad that my doctor also managed my expectations and said he wasn’t going to “do magic” on my face—he said it would still be the same skin and the same nasal structure. The only difference was that my nose would be enhanced to look significantly better and to suit the proportions of my face. Dr. Nato told me what would happen during my downtime and explained why I don’t have to be afraid of what I would look like or how I would feel immediately after the procedure.

After the consultation, I actually ended up becoming more excited than scared for the surgery and was really looking forward to seeing my new nose! All I had to do next was do the required laboratory tests and prepare myself physically for the procedure by taking the prescribed medications and eating healthier. I was a little nervous about the lab results, because I was one step away from my new and improved nose! But thankfully, I got good stats and was cleared by the cardiopulmonary service. I was given the green light for my first-ever surgery!

It was November 23rd—the day of my surgery, the day I’ve been waiting for! I had mixed emotions entering the clinic, but excitement won over. A nurse guided me to the operating room and patiently explained to me what I should and shouldn’t do during and after the procedure, and how to properly handle my wound. A pre-op photo was also taken—the last photo of the old me! As I was brought in, the anesthesiologist greeted me and promised me that everything would go smoothly. IV sedation was soon administered, and my last thought before drifting off to sleep was: “This is it! No turning back now!”

Right after my rhinoplasty! The stitches look a bit scary, but trust me, it was pretty painless!

During the operation, I felt like there were times when I would slip in and out of consciousness since I could hear muffled conversations in the operating room. It didn’t really matter though, because I could feel absolutely no pain at all. The next thing I knew, I was waking up in the recovery room, some 3 or 4 hours later. I barely felt groggy or light-headed; it was just like taking an afternoon nap! I didn’t even need to stay in recovery very long. In fact, my boyfriend picked me up and we headed straight to a restaurant to eat. I was starving! You’re required to fast for 6 hours prior to the surgery, so you can image how hungry I was! While at the restaurant, I did notice a bit of bleeding though. But since the nurse explained what I would expect post-op so thoroughly, I didn’t panic. I was even able to finish my food! I just felt a little dizzy and nauseous when I got home (it’s expected because of the anesthesia), so I just rested and got a good night’s sleep after that.

My Road to Recovery

After my surgery, I was able to work the next day. I didn’t experience any discomfort and managed to do my job—minus the lifting of heavy objects. My biggest challenge was actually not laughing at my friends’ reactions to my face! I was not allowed to laugh and move my facial muscles too much, since this might affect the shape of my now-healing nose.

As for the post-surgery care, it wasn’t that difficult. The nurse explained everything to me in detail, so I knew how to do the following things easily: clean my suture sites, use a nasal spray, care for the bruising and swelling, and to maintain a schedule of important medications to help me heal faster. Pain killers are allowed, but I found that I didn’t need them—I was pretty impressed by that. Speaking of swelling, that would be my only (momentary) regret. I was warned that I would really notice the swelling around the fourth day post-op, especially around the eyes, so I just rode it out and looked forward to seeing the final results, about six months later.

They weren’t kidding about the swelling! Pics of my one-week downtime, but it’s all worth it! So thankful that everything was explained to me really well, so I never panicked at any point during surgery or the recovery process.

The Moment of Truth—Seeing my New Nose

I had a wedding to attend, so the doctors removed the cast and stitches from my nose about six days later. A week or so later, family and friends started giving me positive feedback—they commented how natural it looked and how happy they were for me. I felt so validated!

That’s me in pink and at my sister’s wedding—just two months after my nose enhancement! Told you that good noses run in our family, and now, they don’t make those nakaka-conscious comments anymore.

What I loved was my nose enhancement was that it wasn’t glaringly obvious. Other people would notice that something was different, but they would assume that it was because I lost weight or just have a slimmer face. It’s been a year since my nose job in the Philippines, and to be honest, I’ve never been happier. My confidence just skyrocketed! And I have no qualms about inspiring others to undergo the same procedure and sharing all the positive results I got from making this decision. Looking back and after hearing all the horror stories about botched nose jobs, I am utterly grateful I chose the right doctor and the right clinic. Thank God I got it right the first time!

And as promised, here’s a side-by-side comparison of my old and new nose! What do you think?

Another before and after shot! As you can tell, getting this nose enhancement really helped my self-esteem.

People always say that “you create your own happiness.” For me, getting my nose done was my way of doing that—and it went well past the physical outcome since the surgery helped me see my inner strength as well. We’re all entitled to feel and look beautiful, no matter what that means to you. I’m much more content with myself now, especially since I was able to let go of the insecurities and childhood doubts I had about myself. I can truly say I am happy and confident now—and it’s all because I got a nose job!

Here I am now—all glammed up for our #SelfieSquad campaign. No nose contouring needed anymore!

Been thinking about getting Rhinoplasty? Click here to schedule a personal consultation and find out how the doctors at the Belo Medical Group can help you look picture-perfect at any angle.