4 Heartbreaking Films to Watch on Netflix

By Steph Esguerra-Olarte for Belo Medical Group on May 7, 2021 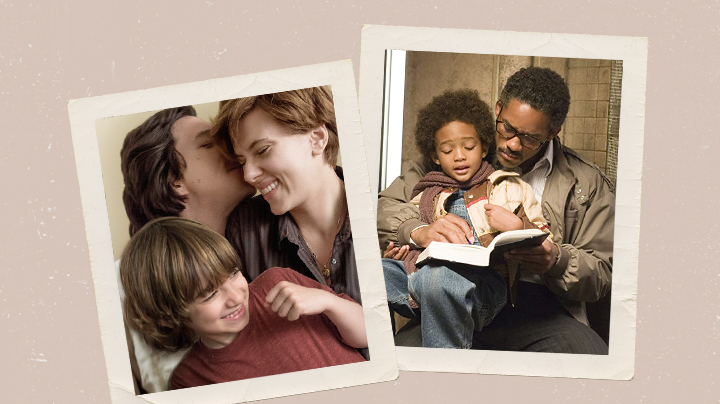 We can’t thank the entertainment gods enough for bringing Netflix into our lives. Especially with the pandemic and all, being able to watch almost anything we want anytime helps us keep our sanity.

Sometimes, having a good cry (and maybe a tub of ice cream) is just what we need to bring out all those emotions we may be bottling inside. If you must sob your eyes out, here are some of the most heartbreaking local and international films you can catch on Netflix. You’ve been warned—so have that pack of Kleenex at the ready. (And if you’ve seen some of these before, why not enjoy a rewatch?)

Scarlett Johansson and Adam Driver play Charlie and Nicole, a Brooklyn-based couple with an eight-year-old son, Henry. Both parents are in the entertainment scene, with Charlie a director for a stage company, and Nicole is one of his lead actresses. In the middle of their marital troubles and an agreement to an amicable split, Nicole gets a starring role in a TV show in Los Angeles and she brings Henry along with her. Friendly chats turn into intense confrontations, and a coast-to-coast divorce ensues.

It’s the 1980s. Chris Gardner (Will Smith) has invested all of his money in portable bone density scanners, which he sells himself to doctors. Though the device is slightly better than X-ray machines, they’re also more expensive, so Chris struggles in making ends meet for his family. They lose their home because they are behind on rent. When his wife Linda leaves him and his five-year-old son Christopher (Jaden Smith), Chris applies for a prestigious brokerage firm’s six-month internship program which he later on realizes does not include pay. With just six scanners left, he has to find a way to make it through the internship and land a job, without any of the bosses noticing.

Julia Barretto plays a socially awkward teen who’s still trying to get over her mom’s death and having problems accepting her dad’s new girlfriend. She goes on a spontaneous solo road trip to find the place her mom said aliens would come to get them. Somewhere along the way, she meets Caloy (Joshua Garcia) and she offers to bring him to his destination. Despite having cancer, Caloy has a positive approach to life. The two embark on a tear-jerking journey of self-discovery and healing.

Liza Soberano plays Art Studies major and part-time tour guide Christine “Tin” Lazaro, while Enrique Gil plays Biology student Rafael “Raf” Toledo. The two fall in love, with Tin dreaming of becoming a museum director and Raf of becoming a doctor. When Tin gets embroiled in a crisis at her first job and she discovers Raf wasn’t able to graduate again on time, she breaks up with him. Five years later, the two cross paths and are given another chance to rekindle their romance—or embrace their new realities.

3 Easy Workouts That Will Keep the Holiday Weight Off

The Netflix Movie You Should Watch Next, Based on Your Fave Belo Baby

This Iconic “Emily in Paris” Scene is Where Dr. Vicki Belo and Dr. Hayden Kho Got Married